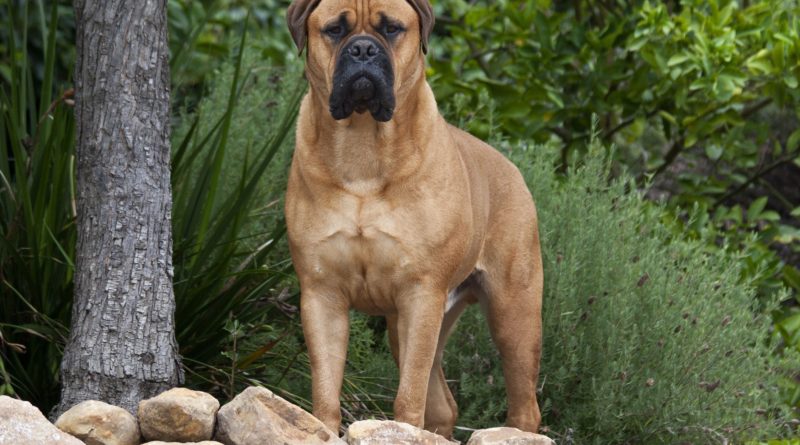 Bullmastiffs have a shorter life expectancy than many other breeds. On average, they live between 7 and 9 years.

Bullmastiffs should be relatively easy to train if training is started at a young age and continued consistently. An important theme arising in literature around Bullmastiff training is the need for the owner (or borrower) to be respected and known as the dog’s leader. Given the Bullmastiff’s size and predisposition for guarding, if left untrained, the breed can become unruly, difficult and could knock people over. That said, Bullmastiffs react very well to having a purpose and knowing who’s boss. Obedience classes are a very good way to ensure Bullmastiff puppies are socialised and trained to understand basic commands. Training should also take place at home to ensure they know their place in the family pecking order. Treats and pawsitive reinforcement should help ensure Bullmastiffs are engaged and ready to please.

Bullmastiffs are not known for excessive barking but bark with a cause. This dog is very reserved unless aggravated.

Breeds such the Bullmastiff, Dogue de Bordeaux, Fila Brasileiro, Pyrenean Mastiff, Spanish Mastiff, Neapolitan Mastiff, Tibetan Mastiff, Cane Corso, and many others fall into a large category of “Molossers”, which are of Mastiff-type, but are thus not Mastiffs and should not carry genes from Terrier lines, contrary to the Boerboel, which may carry terrier genes.

With good socialization as a puppy, Bullmastiffs are good with children. However, no dog should be left alone with small children.

The Bullmastiff is not a high-energy dog. One longish walk every day should take care of the required exercise. But play sessions, trips to exciting places and other highlights should be incorporated as they will otherwise tend to get bored.

The Bullmastiff is a strong breed but it comes with a string of health conditions commonly occurring within its pool of dogs. First is the sheer size and weight of the dog: it is affecting the dog’s structure including joints and articulations. There are also some inherited cancers that are present including lymphomas.

The Bullmastiff has a short, neat, single-layer coat that will shed moderately all year long and more profusely when the seasons change.

The docile Bullmastiff temperament makes him an intriguing mixture of confidence and compliance.