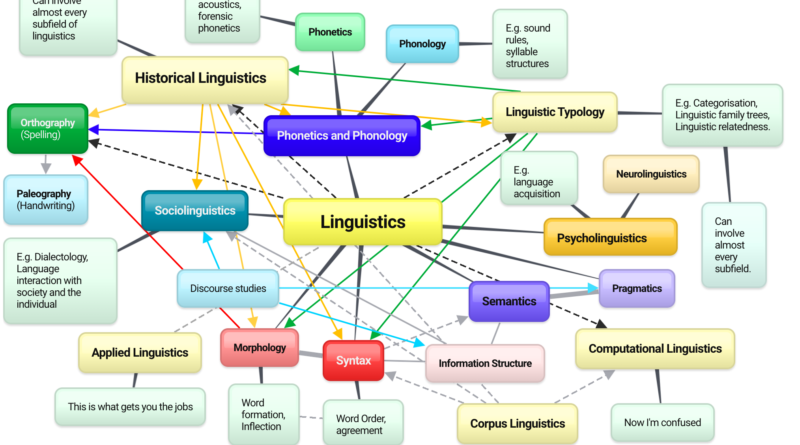 The Linguistic Society of America observes that linguistics is a field of science that is almost 3,000 years old. Modern linguists primarily concern themselves with either theoretical or applied linguistics. Their research includes many facets of language and language structure, which can be studied at various levels.

Any analysis of language, including 8th-grade grammar, can be called linguistics. As recently as 200 years ago, ordinary grammar was about the only kind of linguistics there was. Today a linguist may be a person who learns foreign languages, but the term usually refers to people who devote themselves to analyzing the structure of language. Many linguists concentrate on the history of a language; others study the way children learn to speak; others analyze the sounds of a language—and still others just study English grammar, a subject so big that you could easily spend your entire life on it.

Do linguists know lots of languages?

Many linguists do fieldwork, collecting empirical evidence to help them gain insight into a specific language or languages in general. They work with speakers of different languages to discover patterns and/or to document the language, search databases (or corpora) of spoken and written language, and run carefully-designed experiments with children and adults in schools, in the field, and in university labs.

Is That All There Is?

Certainly not. For both the scholar and the general reader, many fine books on linguistics and its subfields are available. But if asked to recommend a single text that is at once knowledgeable, accessible, and thoroughly enjoyable, plump for The Cambridge Encyclopedia of Language, 3rd ed. , by David Crystal (Cambridge University Press, 2010). Just be warned: Crystal’s book may turn you into a budding linguist.

Linguistics is the scientific study of language, and its focus is the systematic investigation of the properties of particular languages as well as the characteristics of language in general. It encompasses not only the study of sound, grammar and meaning, but also the history of language families, how languages are acquired by children and adults, and how language use is processed in the mind and how it is connected to race and gender. With close connections to the humanities, social sciences and the natural sciences, linguistics complements a diverse range of other disciplines such as anthropology, philosophy, psychology, sociology, biology, computer science, health sciences, education and literature. The subfield of Applied Linguistics emphasizes the use of linguistic concepts in the classroom to help students improve their ability to communicate in their native language or a second language.

Linguistics is the scientific study of language.

In a nutshell: Linguistics is the scientific study of language. Linguists apply the scientific method to conduct formal studies of speech sounds, grammatical structures, and meaning across the world’s 6,000+ languages.

Linguistics is the study of human language: its form, variety, and social life. Human language may be studied from a variety of perspectives, whether as a complex behavior, as a medium for creating and embodying social meaning, or as the instantiation of a highly structured system of knowledge within the mind of the speaker (a mental grammar), which can be investigated empirically and modeled formally. Starting from the detailed description of the structural patterns found in the world’s languages, linguists seek to establish general principles governing the organization, emergence, and use of language. Research in linguistics encompasses theories of how languages vary—and fail to vary—across space and time, how grammar evolved in the species and develops in the individual, and how language is used to create and reinforce social relationships.

What opportunities will I have with a linguistics degree?

Students who major in linguistics acquire valuable intellectual skills, such as analytical reasoning, critical thinking, argumentation, and clarity of expression. This means making insightful observations, formulating clear, testable hypotheses, generating predictions, making arguments and drawing conclusions, and communicating findings to a wider community. Linguistics majors are therefore well equipped for a variety of graduate-level and professional programs and careers. Some may require additional training or skills, but not all do.

What will I study as a linguistics major?

Linguistics is a major that gives you insight into one of the most intriguing aspects of human knowledge and behavior. Majoring in linguistics means that you will learn about many aspects of human language, including sounds (phonetics, phonology), words (morphology), sentences (syntax), and meaning (semantics). It can involve looking at how languages change over time (historical linguistics); how language varies from situation to situation, group to group, and place to place (sociolinguistics, dialectology); how people use language in context (pragmatics, discourse analysis); how to model aspects of language (computational linguistics); how people acquire or learn language (language acquisition); and how people process language (psycholinguistics, experimental linguistics).

The relevance of linguistics to the fields of anthropology, cognitive science, language study, philosophy, psychology, and sociology has been recognized for a long time. Linguistics crosslists courses from ten departments, reflecting the diversity of fields with strong relevance to our field. The interdisciplinary nature of the field, and our program, further encourages students to broaden their horizons and interact with a wide variety of students, scholars, and ideas. 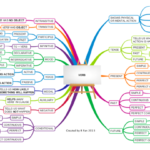 Overview of Verbs Verbs that are intransitive do not require objects: "The building collapsed." In English, you cannot tell the difference between a transitive and intransitive verb by its form; you have to see how the verb is functioning within...